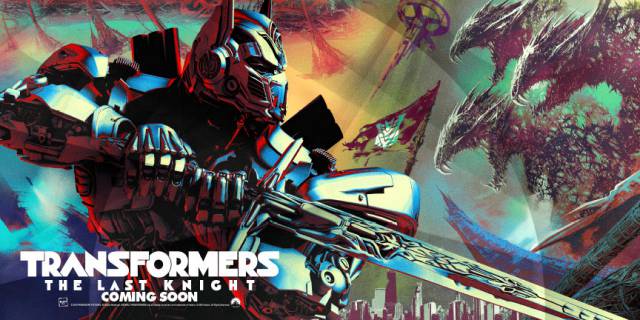 Okay, not the second one so much…

Or the rampant product placement in the fourth one…

But I like them; there are genuinely worse films out there, and honestly despite where the series went, the first film (just try to deny it) revitalized the franchise and brought in a lot of new fans.

However, that said, I really hoped director Michael Bay would have called it quits after the third one; I would have been happy to call it The Bay Trilogy and someone else could have a go. Then the fourth one rolled around (the one subtitled Age of Extinction, with Marky Mark) despite Bay’s continual admittance that he was done with the franchise after each installment. Can he not just… leave? Now? Please?

So when a fifth installment was announced even me, and my insane defense of these diabolical movies, rolled my eyes a little. This is the last one, he says, again.

I steeled myself though. The end of Age of Extinction promised more lore in the fifth film, the Quintessons and maybe even space adventure??

Imagine my frustration when the fifth film’s title was revealed The Last Knight, and was set in medieval, Arthurian Britain.

As left-field and potentially awful this could be, it still isn’t “ruining your childhood”, like so many of you want to cry. It is just Michael Bay picks the most obscure and stupid episodes of the original cartoon to riff off of…

I give you Generation 1 episode “A Decepticon Raider in King Arthur’s Court”, an over long title for a ridiculous premise. Aired on the 24th of October 1985, part of the show’s second season, this is as original as Transformers can get.
The plot? Oh boy. Starscream leads a rabble of Decepticons into a magical cave that teleports them, and a couple of Autobots and Spike (read: young human hero!) back in time. There they do what any warring robots do: they fight. Only this time there’s a limit on resources and energy, there’s jousting (including robot riding robot action) bird poop, lots of Ye Olde English, Spike meeting a princess called Nimue, an actual wizard named Beorht and even a dragon guarding their return home.
The episode ends with Starscream glomping Megatron in his happiness to see him, preventing the Decepticon leader from shooting the Autobots.

What am I trying to say?
I am trying to say that the Transformers cartoon was utterly stupid, and that the apple hasn’t fallen that far from the tree.
Of course, you can also argue that this was a cartoon on a shoestring budget, Bay is spending hundreds of millions of dollars. You expect more than adaptations of the stupidest episodes.

Why not do a film based off “Enter the Nightbird”, that was a good episode and could even tie into the Eastern market Bay wanted so badly in Age of Extinction. Or how about the episode were Starscream is imprisoned on an island, and ends up making his own army – the Combaticons – and Bruticus from old World War 2 vehicles.
The show does have really good episodes.

(It also has an episode where a hippy Autobot finds an idyllic forest lake of gold surrounded by bunnies and deer, only for the Transformers to destroy it all because the gold water makes them invincible. Subtle.) 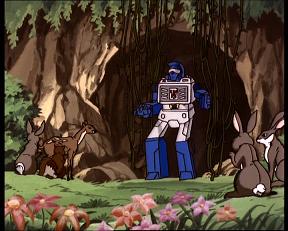 Ultimately, my thoughts are these:

– This had better be the last Michael Bay directed Transformer film.
– This isn’t a random movie we are getting that is abusing your childhood.
– Why can’t they pick a good episode to refer to?
– Is Starscream going to randomly come back to life?
– I still love Transformers more than I should.