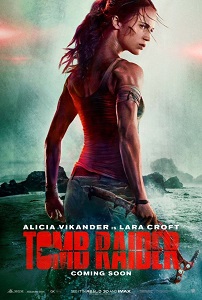 Vikander plays the part wonderfully, but this experience felt a little empty.

See the humble beginnings of the legendary Lara Croft as she becomes The Tomb Raider. After her father Richard goes missing on an expedition to a distant and forgotten Asian island, Lara takes it upon herself to find him with the clues he had left behind. But conspiracies, mercenaries and ancient evils lurks around every corner.

Based off the video game of the same title, a reboot of the franchise released in 2013, with the original game releasing in 1996. Similarly, this film is taking over from the first Tomb Raider film starring Angelina Jolie in 2001 and its wayward sequel in 2003, with this film and its video game acting like an origin story for Lara Croft.
Video game adaptations are not easy to succeed at. Nearly three decades of attempts proves as much. You either get a film that stringently remains faithful to the source material and doesn’t grow because of it (Max Payne, Warcraft), or you get an insane and sporadic affair that goes for its own personality with the source as a reference (Resident Evil, Super Mario Bros). 2018’s Tomb Raider falls into the first category. It is so strictly set to parrot the video game it is adapting that it forgets to have its own personality or reason for being.
But video games are, in places, becoming more like movies. They have action sequences that play out more like cinematic moments, where the player’s only interactions are what’s known as “QTEs” or “Quick Time Events”; moments where they must press a button that flashes on the screen briefly to prevent the character’s often horrific death. 2013’s Tomb Raider was one of the first to carry off “stunning” and “realistic” sequences like these in recent years (as well as similar adventure game Uncharted). This has translated into the film’s many moments were Lara almost doesn’t make a leap, or almost doesn’t grab hold of something. There are many of them, and part of me could see the button prompts: “Press X to not die!”

So functionally, it is a near-perfect recreation of the video game. Even down to the more controversial aspects of the 2013 game. There was some distaste over one of the games industry’s strongest female protagonists being depicted as young, inexperienced and violently attacked by older men. The film doesn’t fully delve into this, keeping safely within a 12A rating bracket, but the tone does get grim and “realistic” with its violence when Lara reached the island.
It does take a bit of time to get to the island, however. The film makes the baffling decision to repeat its opening prologue not twenty minutes into the film… making the prologue a waste of time… and there’s a bicycle chase that really doesn’t need to take up as much time as it does. Maybe show more of the puzzle pieces? Maybe a less wasteful way of showing a reckless Lara?

But, Alicia Vikander is a perfect choice for a younger Lara Croft. An early kick-boxing match quickly shows audiences she is more than capable with the physical performance the film expects of her. Plus the film somewhat honours the 2001 film; you can see this girl growing up into the confident Angelina Jolie Lara, she is still a strong female character and the film addresses the relationship between her and her father well enough.
Character performances otherwise are serviceable but not especially memorable. There aren’t any ridiculous comic-relief characters or meta-characters that remind you of the video game source, everyone is functional and doing their parts well. Sets and production design only really start stepping-up towards the end… and even then, it isn’t a patch on the elaborate and practical sets of the 2001 film’s finale. 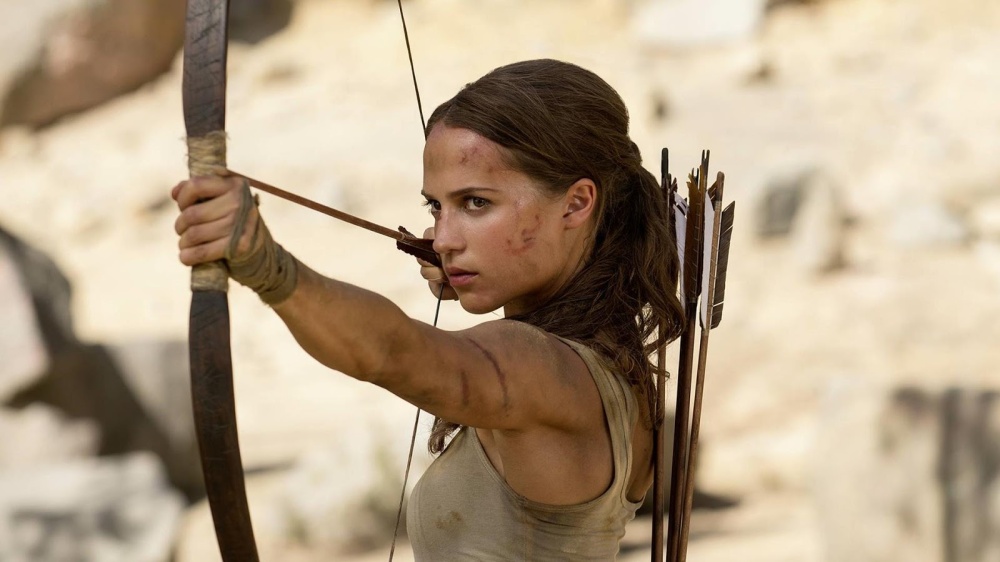 Ultimately, it was an enjoyable film with a clear tone and objective. It is arguable that this is the best video game adaptation there is (whatever that means), even if you will probably forget most of it within a month.

With promise of a sequel, I am okay with seeing more; perhaps with more creative scenarios and memorable characters.

Additional marshmallows: So… Richard Croft is rich, I understand. But who built the fake crypt with his name on it (complete with complex device to unlock the entrance to his secret study) after he had died? Or did he do it himself ahead of time without anyone noticing?
There’d be questions if a wealthy man was found, literally making his own grave…