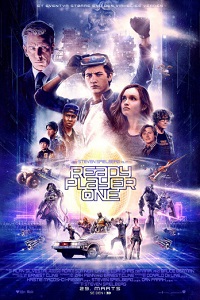 An eclectic, computer generated action sequence, the TRON of a new generation… it actually made me feel old.

In 2045, society has almost completely collapsed with over-population, people live in shanty towns made of re-purposed trash and vehicles stacked on top of each other. But people escape this near-dystopian society within a sprawling virtual reality video game, so massive that it is a whole other world. The world, Oasis, is under threat of corporate takeover, and only by solving riddles laid by the world’s creator can youths protect its sanctity.

Based off the book of the same name, Ready Player One comes to the big screen by director Steven Spielberg… and the hordes of intellectual properties that he now owns the cinematic rights to. Certainly, the first thing said about the movie, is its crazy amounts of pop culture references. It doesn’t shy away from this either, or its intent on showing the world of Oasis as an entirely computer-generated experience, throwing audiences into a breakneck sci-fi street race involving the Back to the Future DeLorean, King Kong and 1960s Batman. Like some sort of weird mix of The Lego Movie and the Warcraft movie.
At first, this seems unnerving, and a little disheartening. Little is really said, just colourful lights and explosions and noise. But given time, Ready Player One starts to feel a little more intricate… at least, for those of the new generation. Knowledge of the book not required; being born into the internet society we have now is more than enough experience!

A great deal of the movie is set within the digital world of Oasis, much like the 1980s TRON by Disney, and our real-world characters are represented by digital “avatars” who are completely motion-captured digital creations. Which is neat; a deliberate uncanny valley. Plus, our hero, Wade (Tye Sheridan; Cyclops in the recent X-Men movies) has some difficulties when faced with the possibility that his in-game crush, Art3mis, may not be a girl in real life. Something that most young people today experience… The film represents the freedom and open-mindedness of virtual reality and video games to a tee.
But the real-world consequences bear down on the idyllic freedom of Oasis when a corporation known as IOI muscles in on solving Oasis’s riddle, a puzzle that the huge video game’s late creator made to choose his successor. Should IOI solve the riddle within the world of Oasis, they gain total control of the world, intent on maximising profits with advertising and money-making schemes. Something the current video game industry has battled with in the past.

So surprisingly, this computer-generated craziness, which has The Iron Giant rubbing shoulders with Halo‘s Master Chief and Overwatch‘s Tracer, has a political and social subtext. Certainly in regards to the video games industry and youth of today.

If you have a problem with fully CG-realized movies… you will have a problem with Ready Player One. While the digital world has every right to appear unreal, something here really felt distressingly unnatural. The lead characters, Wade’s avatar Parzival and his counterpart Art3mis, are a little too “James Cameron’s Avatar” (which isn’t to say anything bad about Avatar, but) with huge eyes and tiny jawlines… it will probably look dated within a few years. Like a Robert Zemeckis movie.
Speaking of Zemekis, this film loves the Back to the Future music. Almost too much. Music is a mesh of 1980s pop rock and movies Spielberg and Zemeckis worked on, even when it isn’t directly lifting music from Back to the Future, it has similar composition.

There’s also a strange, strange choice of having a full sequence inspired by Stanley Kubrick’s The Shining… Our sci-fi-Avatar-bug-eyed-characters bumbling around with blood-belching elevators and naked old ladies… not what this film needed. It felt like an acid trip, in how left-field and tonally dissonant it was with the rest of the film.

The film ends with a poignant note, which was extremely welcome (and a great note to take with you as you leave the cinema) but somewhat last-minute. If the film had perhaps spent a little more time in the real world, addressing the hardships that people were so desperate to escape and the consequences of that escapism, the story might have had even more gravitas for adults (and young adults) to appreciate. 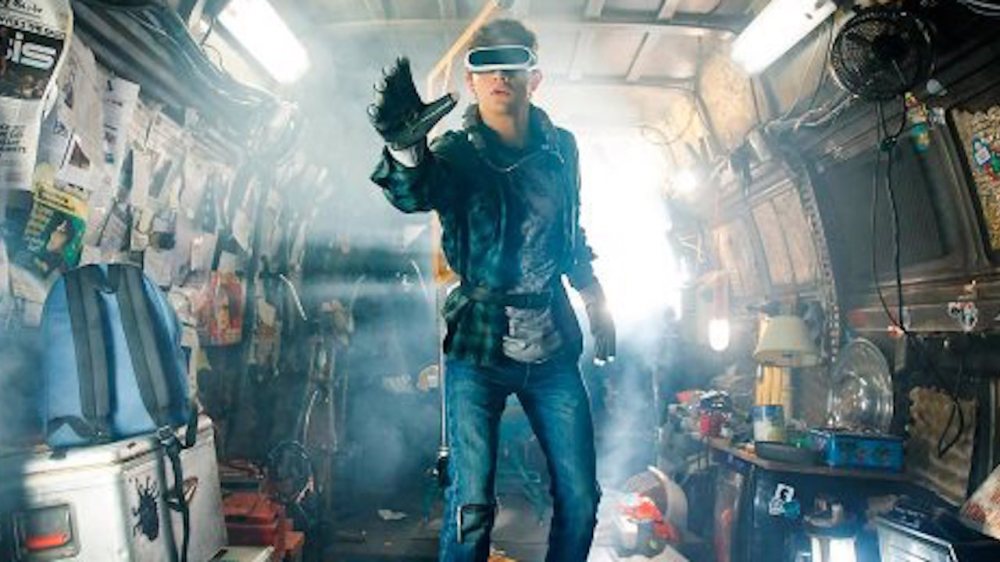 But on the whole, it is a good experience for younger audiences. I don’t imagine adults will take as much away from it. Mark Rylance gives perhaps the best performance as Oasis’s creator (but Rylance constantly knocks great performances out these days), but what audiences take away most is the crazy otherworldly visuals and ridiculous mash-up of pop culture icons.

Spielberg proves he is quite the kid at heart, making perhaps the best “young adult” book adaptation ever made. If I were ten years old, this would be my all time favourite film, I would watch it over and over again, and I am sure there are plenty of kids today who enjoy the heck out of this.

Additional Marshmallows: Someone please tell me I saw Spike from Cowboy Bebop’s space ship at one point. Please?