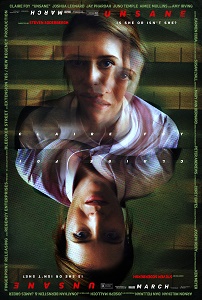 If you have any sort of mental health disorder, do not watch this film.

A single woman, living alone and working in America, with a history of psychological abuse from a stalker, looks for support from a local psychiatrist. But when she signs on with them, she finds herself committed to a mental ward… where her stalker works. Or is it all in her head?

Unsane is a troubling movie. It leaves you unnerved and unsettled when the credits roll, and perhaps even a little underwhelmed when all things are considered.
Critically, the film was promoted as “entirely filmed with iPhone cameras”, which is something of a draw (especially when we have horror films about Skype nowadays) and it certainly is well made for what must be technical limitations. The film relies heavily on steady camera moves and shot composition to make visual impact, and there are certainly strong moments of interior lighting, and use of elevation to unnerve the viewer. It felt like an independent movie, directed by Steven Soderbergh.
Thematically, the film is all about paranoia, psychological distress, and monsters that exist in real life. The film opens with our lead actress, Claire Foy, being hit on by her boss, which led her going on a blind date that goes wrong. After this, we see her seeking help, since she has no friends in the city and her mother was living much further away, isolation was setting in and concern about a man who had once stalked her. She signs up with a psychiatrist, who only asked the most normal of questions. But upon signing up for these appointments, she is immediately institutionalised!
Anger and distress set in as she is trapped and humiliated against her will, only because she had signed something. In the middle of this trauma, her stalker appears as a ward. 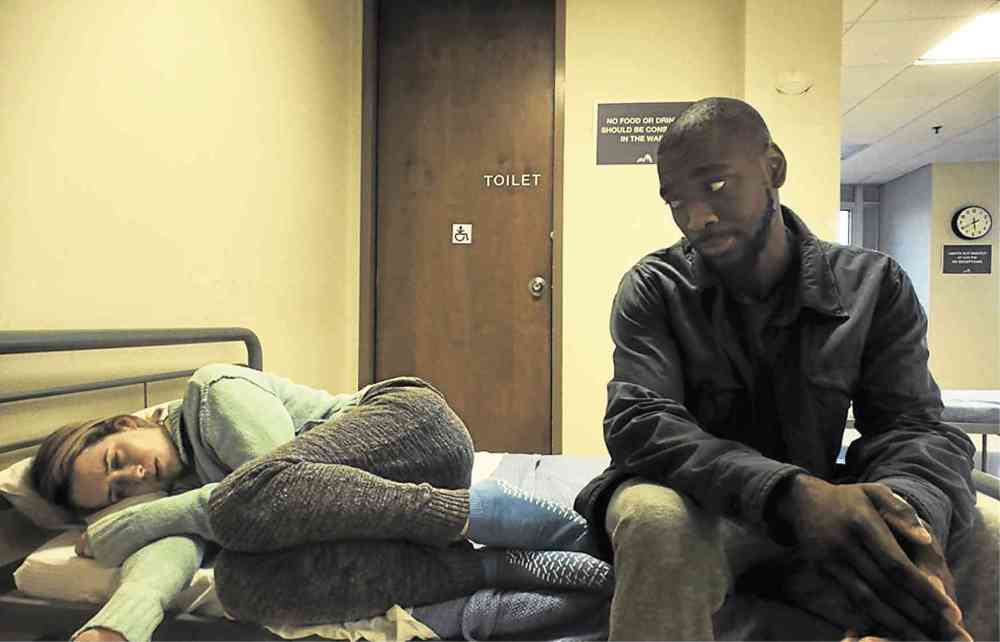 This film is deeply troubling. Like 2012’s Maniac, watching it begs the question: Am I okay with this? The film is psychological torture of a woman who was already injured simply looking for help. What is might do to audiences who genuinely look for support… is concerning. Fantastical or not, the film’s core concept is how institutions hold people against their will, simply to “fill beds”. Causing distress to those they take.

The twist of the film, not to give it completely away, is quite cheaply tacked on to a grim but cohesive narrative. The stalker, and her final interactions with him, are fascinating and brutal; a psychological boxing match that escalates with gripping intensity.
The twist was obvious, and it didn’t warrant much further examination.

In terms of film making, it has some merit with the technology used and shot compositions. There’s also some great, raw acting throughout. But if you do suffer any sort of anxiety, or depression, do not watch this. It will do more harm than good.