First Man is one small step for cinema, but one giant leap for 2018.

Engineer and pilot Neil Armstrong goes through the trials and tribulations required before one of the biggest challenges in human history: a manned mission to the Moon.

To be candid, I am a sucker for space movies. So even if First Man is not considered one of the best movies ever made, I will still feel a tremendous passion inside while watching it.

Directed by Damien Chazelle, the man behind last year’s award winning La La Land, and the fantastic Whiplash, the film is probably one of the best of the year. Not that this is saying much.
Set throughout the 1960s, the film shows the events leading up to the famous Apollo 11 Moon mission from the perspective of pilot Neil Armstrong, here played by Chazelle’s La La Land front man Ryan Gosling. Beside him is Claire Foy as his wife Janet, and the film kicks off with intensity, seeing not only one of Armstrong’s terrifying low-orbit flight tests, but also the family’s loss of their daughter. Certainly, the film begins as it means to go on; with a story of incredible self-inflicted dangers, and the pressure that they place on the shoulders of families.
Chazelle is quickly becoming a master filmmaker. He works with sound, score, and shot compositions wonderfully, and gets great performances from his actors. There wasn’t one performance out of place here, Claire Foy was especially good as Janet. There are several moments in this film when the audience are completely drawn into the drama as it unfolds.

The pacing of the film is incredibly tight, in fact for a movie running one hundred and sixty minutes long, it surprisingly could have been longer! While it does have a lot of ground to cover and it does a good job at delivering what it must, there’s a couple of moments when time jumps significantly. Janet is pregnant, then moments later, they have a baby already in a cot. This suggests it was immensely challenging to write and edit together (the film is based off the book of the same name by James R. Hansen) and there wasn’t anything that could have been removed or replaced!
Audiences may find the direction of the various launch sequences and space disorientation quite overbearing. Chazelle violently shakes the camera and often drowns the screen in darkness, to represent the shaking claustrophobia that would have been truly terrifying. There are moments where the shaking feels slightly overdone, and the actions and willpower of the characters involved are too obscured.

But, while there are some nitpicks, the message of the film is still loud and clear. The inspiration of space travel, the fact that nothing like it had ever been considered let alone attempted. While Apollo 13 had the theatre of disaster, First Man had the drama of whether or not it was even possible! You need to have a heart of stone to not feel something when viewing incredible human endurance and sacrifice, all for the betterment of humanity. Not for profit, not for personal gain or fame, simply because it is possible. 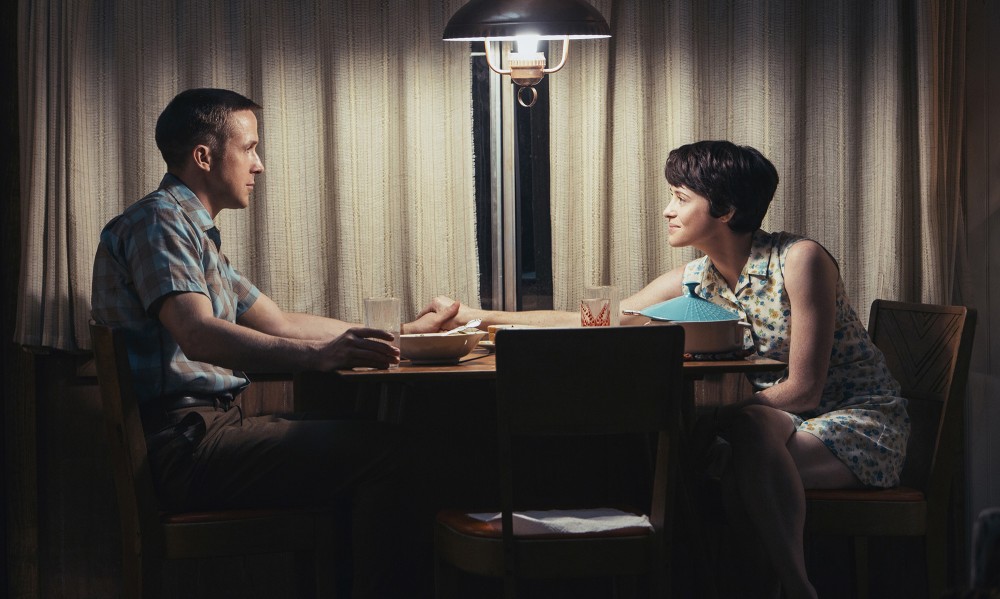 There is a sad reality now where we take space travel as a commodity, an overpriced and pointless task (at least, that’s how senators and politicians see it) but in reality, it is vital that we push the boundaries of what is possible. The film doesn’t entirely glamorise it though; the question of how much this endeavour costs, both financially and in lives, was quick to rise to the forefront. But the message remains true; that space travel should be a goal, and that it helps inspire future generations, and broaden their horizons.

First Man isn’t as raw as Whiplash or as memorable as La La Land, but with a focus on family and human aspirations, it is a compelling and exciting piece of history.