Just as highschooler Miles Morales gains powers similar to New York’s local superhero Spider-Man, the villainous Kingpin tears reality apart, causing other Spider-heroes to arrive from alternate dimensions! Miles has to understand how to use his powers quick if he is to help his new friends get home!

Sony Pictures have had a rough time lately; their films being at the very height of ridicule and often in the direct line of fire for Internet controversy. Most relevant discourses were the two Amazing Spider-Man movies of 2012 and 2014, when Sony had grand expectations of a Spider-Man extended universe to rival Marvel (and they still do). During this time, two things happened: they sold the rights to the Spider-Man character back to Marvel’s film studios, while also working on an animated Spider-Man movie.
For some, at this time, Spider-fatigue was intense. Sam Raimi’s trilogy began in 2002, and the franchise had been “started” three times since. No one really knew what this animated film would be… Or if it was even relevant anymore.

So it is very pleasing indeed to say that Spider-Man: Into the Spider-Verse (possibly the nerdiest title ever conceived) is a great time! 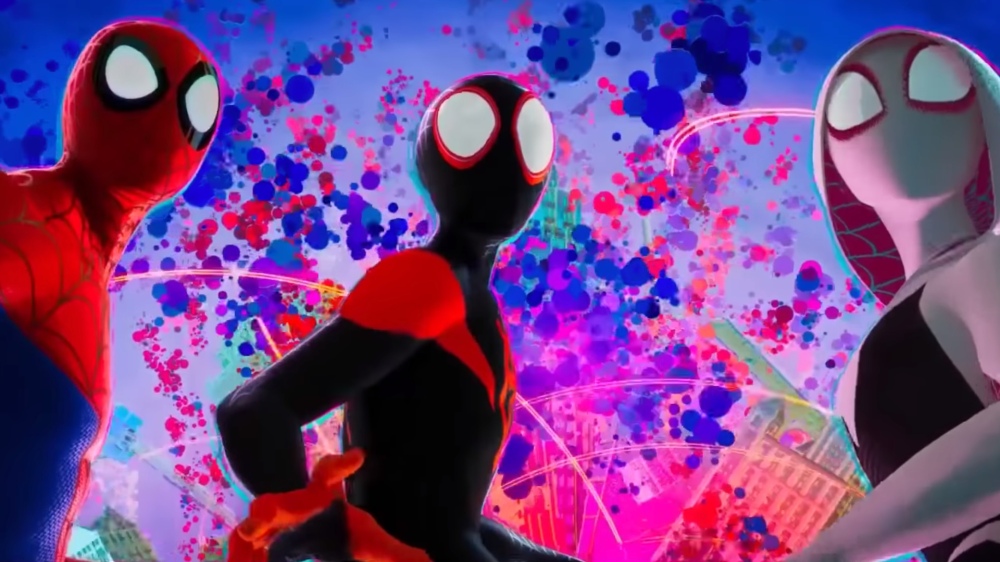 The film is lively, wild, and with a ludicrously bright colour palette that reverberates with comic book stylings and street art. It has dropped all of Sony’s main line movie sensibilities; it is as far away from dark, gritty, or brooding as you can get. Having more in common with Disney’s Big Hero 6 than the Andrew Garfield Spider-Man movies. The movie is radiating with bright colours, sharp contrasts, and eye-popping animation.
At times, the entirely CG animation style reminds audiences of Laika Studio’s stop-motion animation, sometimes deliberately slowing the frames down. It punctuates moments of tension or combat with near monochromatic freeze-frames, like comic book panels, or even texturing and styling the characters to match the universe where they come from. This, is all done with some restraint; it never becomes repetitive or draining. Somewhat like 2014’s The Lego Movie, it is madness, yet it works.

Of course, front-loading you, dear reader, with the style points this movie earns is deliberate. Audiences who aren’t huge comic book fans, or even fans of the character in general… you will be lost. The sensation wouldn’t be far removed from that of watching the Speed Racer live action film.
Basically, the story line revolves around Miles Morales, a young boy who finds himself struggling with Spider-Man-like powers, all the while witnesses a collapse of “the multi-verse”. The theory of multiple parallel universes is well established, and no storytellers use it quite as often as comic book writers. This film is all about that. An excuse to bring six different Spider-man variants from the different Marvel comics and spin-offs into the same story. There is Miles, Peter B. Parker, Spider-Man Noir, Peni Parker, Spider Gwen, and… Peter Porker. Yes, a Spider-Pig. 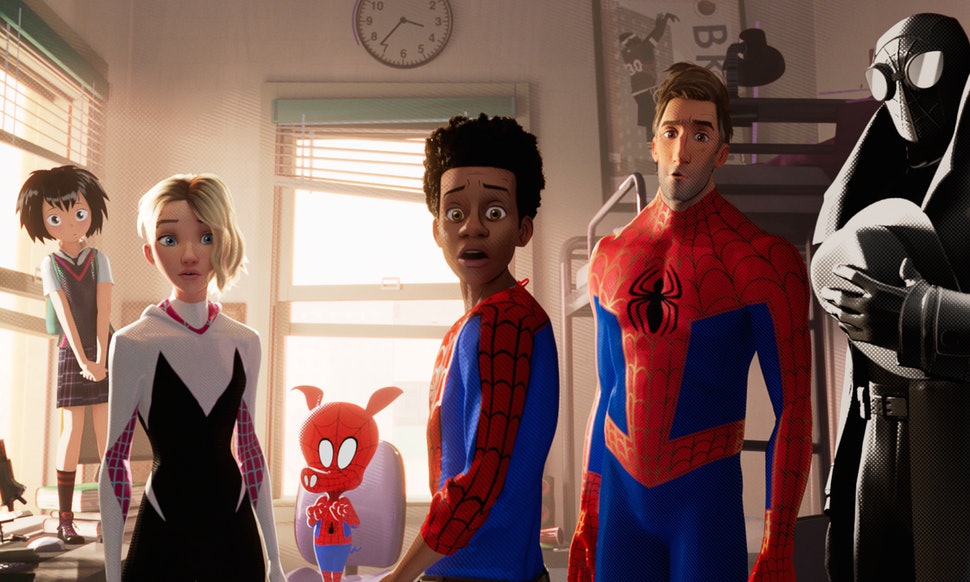 It is quite surprising something like this got a wide cinema release (Teenage Mutant Ninja Turtles did something similar with Turtles Forever, which was only a televised release) but comic book fans rejoice that it did. It is a riot. The writing is snappy, lighthearted for the most part, and full of meta-humour. Indeed, the film riffs on everything Sony could likely get the rights to, from the 1970s cartoon, the Raimi films (yes, the third one) and of course the multitudes of comics. The character designs are awesome and very slick, working perfectly with the jazzy art style of the animation, which apparently took over 140 animators to do… the most that the studio has ever had.

Of course, there are some imperfections, although these are mostly due to the nature of the art. Having six heroes, some with family ties, and several villains, makes for a busy movie. Not Lego Batman levels of busy, but busy enough that some characters are completely ineffectual, especially poor Peni Parker, who supposedly has an emotional moment towards the end, but without much screen time or development, it is empty of feeling. That, and there is a lot happening, and some characters who do get development still feel rushed, or still not as emotionally resonant as they should. To say more would be entering spoiler territory.
These things, and the film is catering for a very specific audience. It isn’t going to win over curious-minded older audiences; this is designed from the ground up for comic book fans, fans of the character, and (just as importantly) fans of animation.

But, it is a tremendous time, if you are so inclined to comic book action comedy. But also, if you are a fan of animation in general, this should definitely get your attention; they do some really interesting stuff here. Animated movie of the year? Quite possibly.

Additional Marshmallows: Also, if you don’t usually do it… stay until the end of the credits! You will not be disappointed!