The first major superhero franchise disappears with a whimper.

The new group of X-Men, led by Charles Xavier, have a new danger in their midst; after a rescue mission in space Jean Grey’s powers become fused with an alien power source. With uncontrolled powers, Jean is isolated from everyone, and a mysterious third party reveals itself to be her only salvation.

With the Disney/Marvel machine slowly gobbling up every franchise, and having taken control of studio giant 20th Century Fox, X-Men: Dark Phoenix represents the end of twenty years of X-Men in its “current form”. Twenty years is an impressive feat; Bryan Singer’s 2000 movie X-Men paved the way for contemporary superhero movies, without it, Hollywood could be very different today.
Of course, the franchise has not had it easy. In fact it has struggled with relevancy and cohesion ever since its third outing, X-Men: The Last Stand. But it has had extremely good moments, and incredibly well conceived stories and character motivations on par with Disney/Marvel today.

Unfortunately, Dark Phoenix is a final nail in the coffin rather than an elegant swansong. 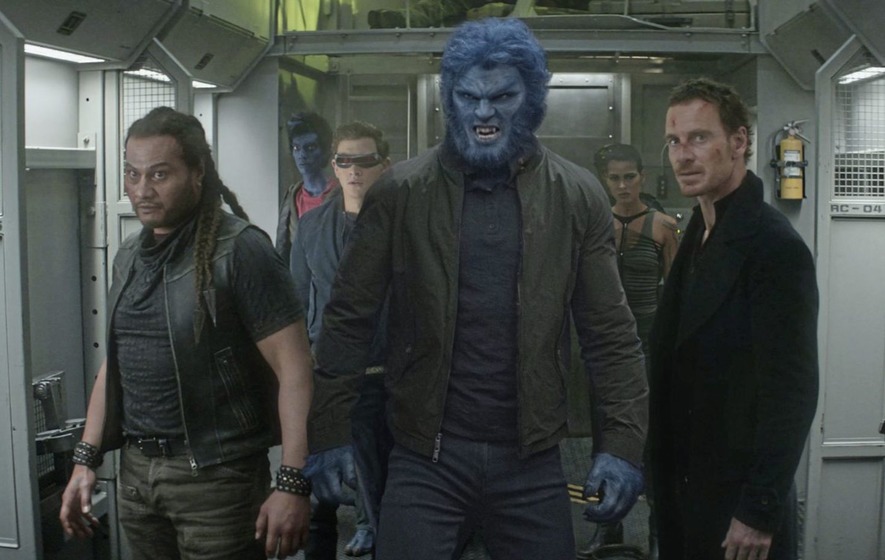 Debut director Simon Kinberg may have had experience as a producer on all X-Men films since 2011’s prequel/reboot First Class, but no one could have salvaged what was dead from the beginning. This final film wants to hit fans and audiences with one of the biggest stories the franchise has had, much like its predecessor X-Men: Apocalypse, this film wears its intentions on its sleeve. Unfortunately, not only have we seen this story before (in the aforementioned and ill-fated X-Men: The Last Stand, no less!) but this film also has none of the character development previously allowed.
We are introduced to Jean Grey in the movie that is all about her, in the most rushed way imagined. Before you can say: “So Jean Grey and Scott Summers are a couple?” our characters are in space. Before you can question the spaghetti-shaped franchise story, wondering how the American President has the X-Men on speed dial when he didn’t know of them in the 2003 film, our characters are being exposed to vacuum without space suits.
Wait, what?
No, you can’t have a helmet taped over someone’s head but expect them to survive with bare hands and open sleeves!

Before long, the film slows down a little, and we get into the grittier aspects: Charles Xavier (played by a rather reluctant James McAvoy) made a mistake, and has alienated the X-Men from each other. His mistake causes Jean (played by Game of Thrones actress Sophie Turner) to go off the rails, and seek out a reclusive Magneto (Michael Fassbender).
Also there are aliens. Actual aliens. Who are not explained or given story, but they want the power Jean has acquired.

This film has far too much happening for anything to be considered relevant. Everything is rushed out of proportion as the studio writers struggle to fit mandated elements in. We did not need aliens in this story, especially ones that are so uninteresting they are figure-headed by a robotic Jessica Chastain. But no, the writers had to step it up from the previous film’s attempt at the Dark Phoenix storyline.
Magneto is here… because he has to be. The method he is given agency feels trite and ridiculous. There’s no attempt to connect with the 2000 movie (which is, chronologically, eight years after these events). Characters are shallow and reactive to events, even the character with the most screen time, Xavier (bafflingly) is generates surprisingly little sympathy from the audience. Here’s an example: there are characters on the poster who aren’t even named characters.
The tone is dour throughout. We lose a mainline franchise character with an embarrassing lack of emotion or setup, upending the storyline we’ve been establishing for the last seven years or so. This reeks of studio mandated factors.

It is a bland an hopeless experience, as if someone had decided to mix The Last Stand with the first Fantastic Four movie, with any levity quickly drained out of it.

There are a couple of decent action sequences that showcase mutant powers being used in tandem. Such as mixing Quicksilver’s super-speed with Nightcrawler’s teleportation powers, even Cyclops gets to be competent for once. But we have six of these movies already… it isn’t hard to rewatch X2 or Days of Future Past for far better executed action scenes.
There’s also unintentionally hilarious faces from the actors… Mr Kinberg probably shouldn’t have kept some of these takes. Pretty sure Michael Fassbender burst some blood vessels.

Unfortunately, this has none of the fun factor of Apocalypse, and none of the character development of X-Men: The Last Stand (its most comparable title). Statements as “the worst X-Men movie” are not far off.
It is a deeply sad experience to watch; a floundering franchise that has been limping along, has finally collapsed at our feet. Disney/Marvel will now scrape up the remains and make it anew, but not after waiting a long time for the smell to wear off.

Additional Marshmallows: There were also extensive reshoots; the entire third act was changed… and it shows.