Despite being predictable by its very nature, it is a decent thriller with some fun performances.

Roy and Betty are two British citizens heading towards their 80s, looking for companionship. Meeting up thanks to an online dating site, they immediately hit it off. Little does Betty know that Roy has a dark secret.

Starring Sir Ian McKellen and Dame Helen Mirren, the appeal of seeing The Good Liar is immediately apparent. It is a combination of two powerful stage actors that no one knew they hadn’t been waiting for until now, this will be the primary drive that brings people into the cinema. That and the film being advertised as a tense thriller about deceit and betrayal, based off the book of the same name by Nicolas Searle.
Directed by Bill Condon, the man behind the last two Twilight movies, but also Academy nominated Kinsey and Academy winning Dreamgirls, the film is a surprisingly mellow but entertaining flick. Certainly at first, the film is set at a slow burn; we see the depths in which Ian McKellen’s Roy’s lies go, from acting weak and frail to garner sympathy before waltzing into a strip club with a spring in his step, to manipulative and multi-layered insurance scams. McKellen is an absolute joy here. He merrily dances around one minute, becomes a happy old granddad the next, then turns into a venomous viper the next. All linked with knowing looks, grumbles and eye-rolls betraying his real feelings. The film unashamedly states that Roy is not to be trusted. 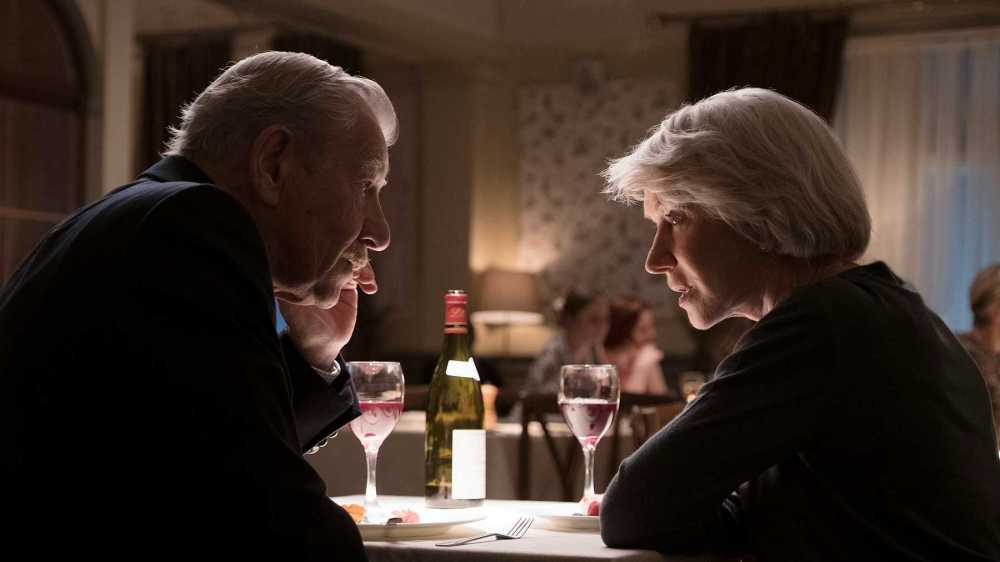 This draws us into the meat of the film. The constricting rope around Betty’s livelihood as this serpent gets closer and closer to her. There is an edge of tension while he does this, especially when the film dives – surprisingly deeply – into what he is capable of. A mob boss mentality lurks within his heart.
Helen Mirren is also superb as Betty, a very intelligent but sympathetic individual, living a quaint existence in a quiet English suburb with her grandson. The story begins with the audience being privy to both Betty and Roy’s entries on their dating profiles, and how they both lie about their intentions and habits.

Of course, there’s only so much that can be said about The Good Liar without massively spoiling the plot. Sufficed to say it is a good movie, especially for fans of McKellen and Mirren who are a joy to watch. It is not as fast-paced as the trailer suggests, it is a slow build with the occasional burst of violence to keep you unsettled, which certainly helps when against the overbearing predictability.

Indeed, savvy audience members will be able to see the where the plot will end up from the first few minutes. The intention is obvious. However, along with the surprisingly ghastly scenes pin-pricked throughout, the story does manage to go in directions one would not expect, despite the final destination being clear. It does not feel unwarranted either, nor does it feel unwelcome. In fact it is quite enthralling throughout the second and third acts.

If you are a fan of the two actors, it is highly recommended.